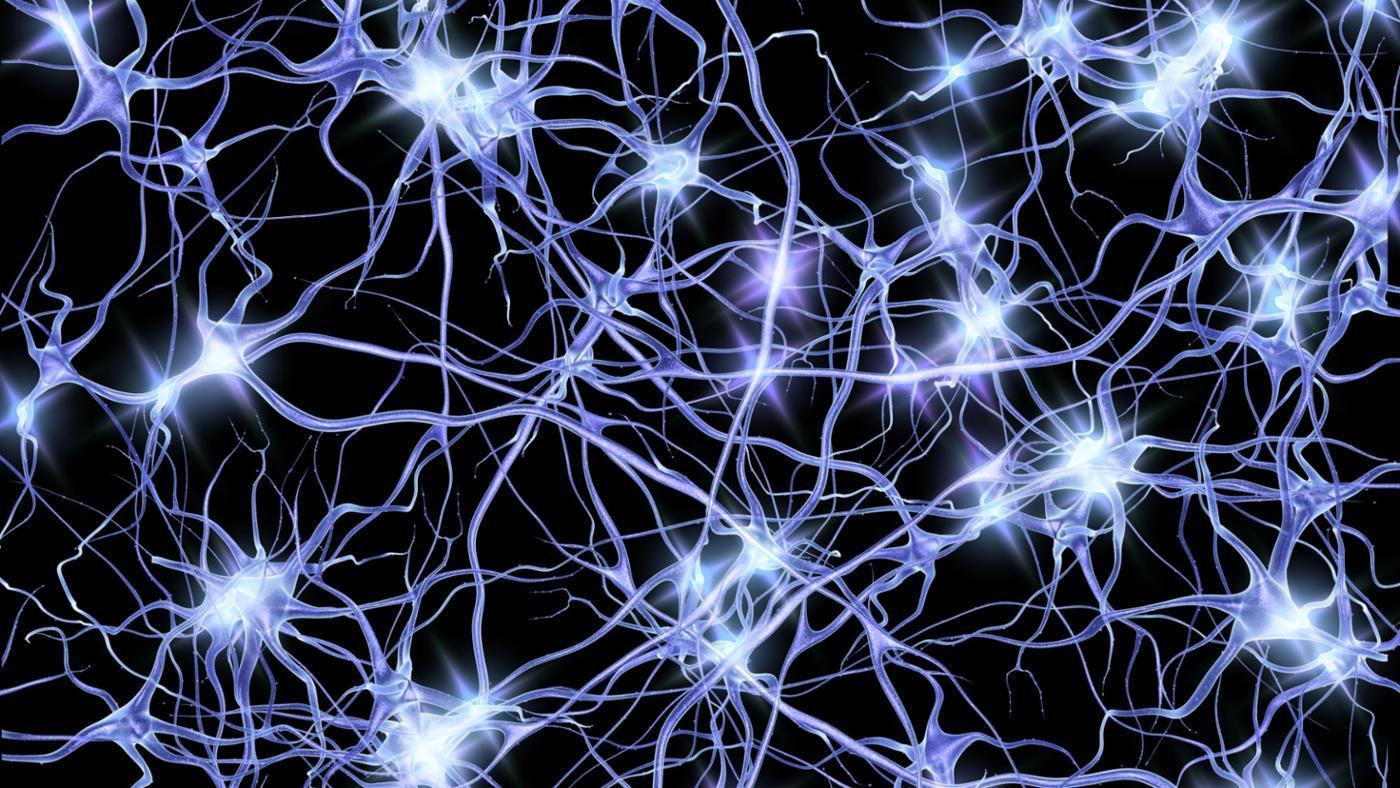 Recently Laina posted about her Jukebox App which is firmly installed in her brain. I, too, have a Jukebox App. Sadly, I have very little control over it. Something is playing most of the time, but not because I have requested it. It gets triggered by something I read, or something I hear. Sometimes the connection is obvious, like when a song is mentioned it will play that song, or when an artist is mentioned, it will play something by that artist. Sometimes the connection is extremely tangential. The song will probably play repeatedly, starting up again and again, even hours, sometimes days, after that first trigger. Annoyingly, the Jukebox will also play songs I don’t like, and I can’t stop it from doing so. More annoyingly, it mostly only plays snatches of songs, never one song all the way through. It plays all genres of music. Often it will play quietly in the background without me even noticing, then suddenly it comes to the forefront of my mind and I realise it’s been playing for a while. On the plus side, it comes with a composing function, which enables me to write tunes in my head, mostly little baroque sounding pieces which I make up as I go along and wouldn’t be able to repeat five minutes later. This function can be controlled and can be a lot of fun. Unfortunately, the function does not enable me to write the music down, partly because my brain can create orchestrations which are too complicated for me to put on paper, and partly because I forget the music almost as soon as I have made it up. Most of the time the jukebox just plays quietly in the background, and I don’t necessarily pay a lot of attention to it.

That got me thinking, though, about the effect that the running of the app might have on the overall operating system. Someone somewhere said that Aspies have a large memory but not a lot of RAM. That is something I can easily observe in myself. When talking to someone, for example, all my RAM is used up by processing what the other person says and coming up with the correct response. Some of my attention is also diverted into looking at their earrings, glasses etc. There is no RAM left over for thinking “is this person possibly lying to me?” or something similar. If, then, you have apps running automatically in your brain, wouldn’t they be an additional drain on your processing power?

And then the context widened out for me. It’s not just the Jukebox App that is automatically triggered. One thing can set off a whole network of connections, all sparking off each other, conveying the impulse along like synapses. And then I thought: isn’t that maybe a (the?) defining feature of the autistic brain? That there is always so much going on in it, more than there would be going on in an NT brain. Let me give you an example.

Imagine someone asks the simple questions: “Do you prefer cats or dogs?”

Now, I can’t actually look into people’s minds, so this is all pretty much conjecture, but this is what I imagine goes on in an NT brain: the word “dog” invokes the concept of “dog”, then the person gauges the amount of positive feeling that concept generates. Same with “cat”. If there is more positive feeling towards “dog” than towards “cat”, the example person prefers dogs.

Here is what goes on in my brain when faced with the same question: first of all, I think in pictures, so pictures of a dog and a cat will appear in my mind. The picture of the dog triggers a memory of a particular dog, then of my grandfather who owned the dog, then a picture of my grandfather’s house. A second memory is triggered of a puppy, and the smell of that puppy, and my aunt who owned the puppy. All the while my Mental Jukebox on autoplay has started to play “How much is that doggie in the window” in the background. The picture of the cat provokes a memory of a cat I met recently, a memory of how beautiful its fur looked and felt (it was like sprinkled with gold dust), and a memory of the owner of the cat and of being in her house. I also relive the feeling of being pleased because the cat was a rescue cat who didn’t like everyone, but it liked me and let me stroke its fur.

You notice that I do not actually come to a conclusion as to whether I prefer cats or dogs. Given time, I might, but probably only with a lot of hedging and qualifications. But the point is that the word “dog” or “cat” sparks a whole chain of thoughts, memories, sensory impressions, and emotions, too.

If you imagine each memory, thought, impression, feeling, etc. as a node, and impulses running between these nodes sparking them into life, it is clear that a lot more nodes are lit up in my brain that in the NT brain. At this point I realised how much this would explain about the autistic way of thinking.

Behold: my Hyperconnectivity Theory of Autism.

I don’t mean to imply that NTs only ever hold one thought in their brains. They make connections, too, and they also have apps running in the background. If I can believe what I read, they have for example bodylanguage-decoding and microexpression-interpreting apps running most of the time. But my theory is that in the autistic brain, more nodes light up, more connections are made, and that these connections are wider ranging and possible even not particularly relevant. They just happen. Some of these nodes are connected by the brain user deliberately and logically, but a lot of the connections just happen involuntarily. This is the incessant dot-connecting which Laina mentioned in another recent post, and which originally gave me the idea for my theory. What made the theory worth developing was that it is capable of explaining so much about autism, as I understand it. With all these myriad connections being electrified in the brain, it is clear that the more of the nodes light up, the more RAM is needed for this. Whether autistic people really have less RAM than NTs or whether they have the same amount but use it in a different way does not make any difference for the outcome. The upshot is that an autistic person’s RAM is driven towards the edge of its capacity far quicker than an NT person’s.

It also explains other things like catastrophising: being able to think very quickly of possible actions and reactions, consequences and the consequences of those consequences, realistic or not, doesn’t matter, the brain connects a multitude of dots and catches itself in a spiral of ever more horrifying detail.

There are positive sides to this hyperconnectivity, too. Sometimes being able to think of consequences which don’t occur to anyone else can be beneficial. It might give you original and innovative ideas. Perhaps this is where “out of the box” thinking comes from (although I can’t claim to be particularly good at that). It also helps with memory. For me, it is far easier to remember things when I can put them into context. And what else does this dot-connecting do if not create context? Up to now, for example, I could never remember who Henry VIII’s wives were, in what order he married them and what happened to them. Now, however, they can be put into the context of my current special interest world, and I remember them in relation to the plots of books I’m reading and in relation to my current favourite fictional hero. I remember their names because they conjure up little scenes I’ve read about, interactions my hero had with them or maybe just things he said about them. If you take for example Henry’s second wife, Anne Boleyn, her name is no longer just a name. If it was, trying to learn any facts about her would be a dry chore. But if you take her name as one node, the mention of it immediately lights up other nodes in the vicinity, such as a mental picture of her, memories of book scenes in which she appeared, certain emotions, plus nodes occupied by other people related to her, such as her uncle the Duke of Norfolk (who comes with his own network of connected nodes). Of course, it is always easier to learn and remember things if they are your special interest, but this is just one example. Context helps with everything. A single node lighting up is easily overlooked, but if it connects to a lot more, near and far, it brings things to life more intensely in your brain. Also, if you can’t get hold of the node representing a particular memory, you can find your way towards is by following the connections between the related nodes. Yes, NTs will say the same, that information in context is more easily remembered that facts in isolation. Every book on memory can tell you that. But my point is that the context which the autistic brain creates is different, comprising not only related facts, but also mental pictures, emotions, maybe even a piece of music on your jukebox.

I should say that this theory of mine does not explain everything. It is not meant to be a sound, scientific explanation of what autism is. Other people have probably thought of it before. It also has similarities to Tendril Theory (read all about it here: https://erinhuman.com/2015/08/10/tendril-theory/). It also touches on Intense World Theory – there’s a post on The Silent Wave, and Clare Flourish has blogged about it, too. What I mainly wanted to explain with this blog post is this: if someone asked, what makes your brain possibly different from others, what is it that makes your brain possibly autistic – this is what I would answer. This hyperconnectivity is, I believe, the prevalent characteristic of my brain. It’s always buzzing, like a beehive. I’ve also heard the term “pinball brain” which is quite apt. But I quite like the bee analogy. Bees everywhere, buzzing, busy, crawling around, communicating with each other, flying out, coming back with news. I haven’t got just one bee in the bonnet – I’ve got a whole swarm of them.

So, now I’m asking you, dear readers: am I onto something? Do you recognise any of this in yourself? What is it like for you? Perhaps I’ve got it all wrong and everybody thinks like that?

31 thoughts on “Only connect”